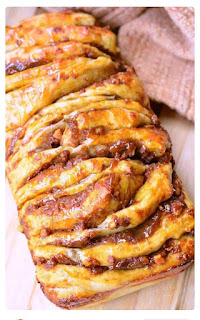 I make many things from scratch but sometimes I want a shortcut and today is one of those times.  This is a simple easy recipe using a can of “big” biscuits from the store.  Follow my steps and you’ll have an easy dish that is perfect for breakfast or with a cup of coffee following dinner.

Preheat your oven to 350 degrees.  Spray a large loaf pan with cooking spray or smear with butter and set aside.  In a small bowl, mix together the pumpkin puree, vanilla, ¼ c. of the sugar, 1 tsp. of cinnamon, the rest of the spices and egg.  Set aside.

Stir together the remaining sugar and the other teaspoon of cinnamon in a small bowl.  Set aside

Stack the biscuits 4 biscuits high on top of one another and then place the stacks onto their sides in a row into the prepared loaf pan.  Be sure that the sides without any filling on them or on both ends of the pan. 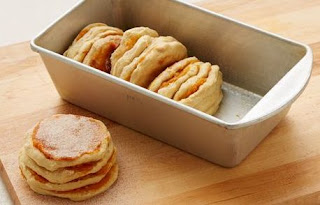 Bake for 40-42 minutes or until golden brown.  Remove and allow  to cool for about 15 minutes.  As it cools, make the glaze by whisking all the glaze ingredients together until smooth.  Drizzle on the glaze.  Pull some of the biscuits apart and enjoy.  Do not worry if the middle is gooey.  It just makes it taste so much better. 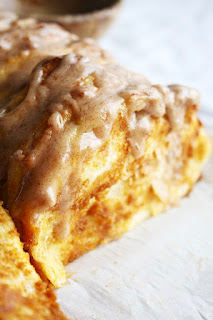 If you have the time, you can make these from scratch using my biscuit recipe which makes these so much better. 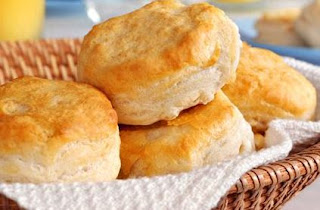 Love pumpkin and want some more awesome and delicious pumpkin recipes, be sure to check out my recipes for Pumpkin Sheet Cake, Pumpkin Chocolate Chip Coffee Cake and Pumpkin Snickerdoodles! 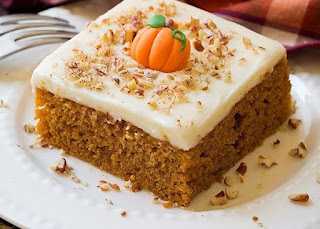 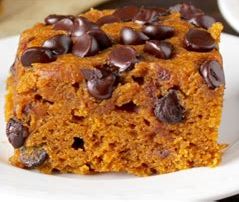 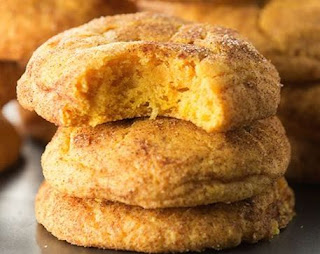 This recipe is classic comfort food.   It is easy to make and tastes great with some homemade biscuits .        It’s a meal unto itself wi... 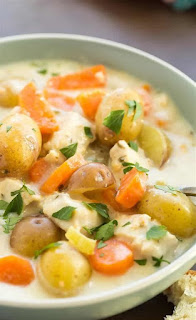